Calling all zombies and witches! America’s 2,450 Goodwill stores have shifted into overdrive for Halloween 2019, expanding its offerings of costumes, makeup and party props. Some stores are even adding personal costume helpers this month to help you create that clever but low-cost Halloween look.

In the last decade, our nation’s largest purveyor of resale clothing has enthusiastically embraced Halloween as its biggest holiday of the year. It has registered the trademark phrase, “Halloween Comes Alive at Goodwill.”

By early September, its stores are stocking racks with costumes and decorations, including lightly worn ready-to-wear costumes, particularly for children.

This year, the thrift store colossus is partnering with the new Addams Family movie, urging shoppers to see the ghoul-centered film which opens Oct. 11. Goodwill also is running a national DIY Halloween costume contest for a second year. Patrons submit photos of their costumes created with Goodwill offerings and the winner receives $50, some electronics and serious bragging rights. A colorful Mad Hatter, with a red wig, top hat, floppy bow, and tweed suit with a bandolier of colored thread spools won last year’s prize.

Ordering ready-made costumes online or renting outfits from costume shops can set you back $39 to $89. Creating your English nanny or flapper costume at Goodwill is a fraction of that cost and you’re helping the nonprofit’s mission of helping those seeking employment.

The northern New England Goodwill stores maintain a Ghoulwill Ball photo gallery for shoppers to get creative ideas. Its website features seven cheap, easy work-appropriate costumes you can make at Goodwill for less than $20. How about a Bridezilla Gorilla? Or a piece of sushi? Or a mime? This Goodwill’s website also maintains a countdown clock on shopping days until Halloween and a listing of adorable children’s costumes (Buzz Lightyear, kangaroos, ice cream cone) and the stores where they’re on the rack. 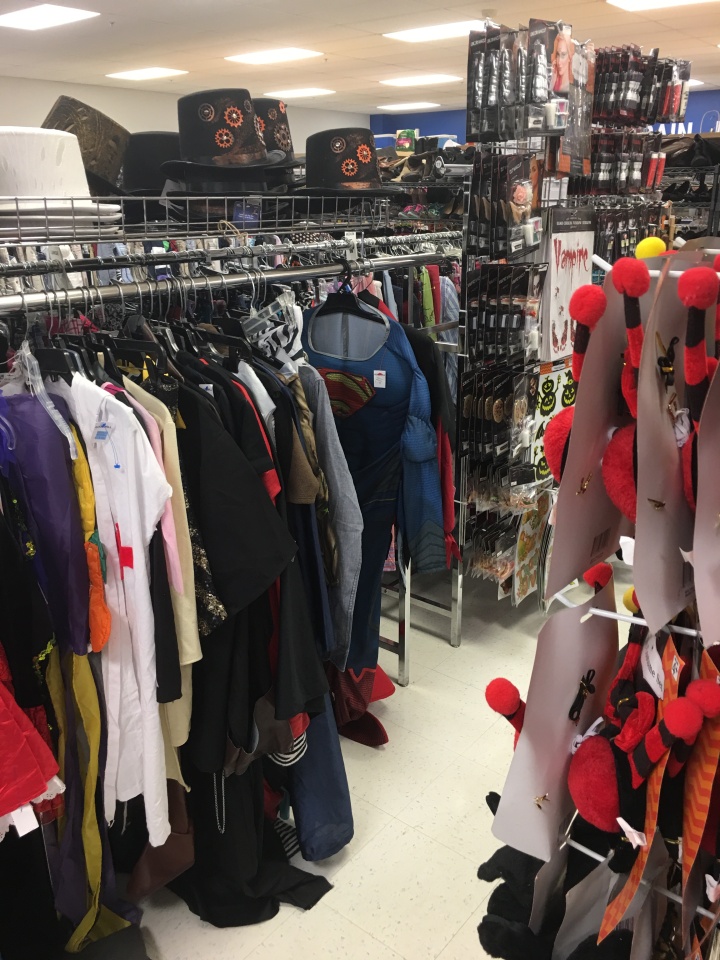 The national Goodwill’s website shows revelers how to turn a row of books into a spooky bookcase by cutting a pair of white tights into a cobwebs. There are videos and blogs on how to create scary entryways for trick ‘n’ treaters using items commonly found on Goodwill shelves. 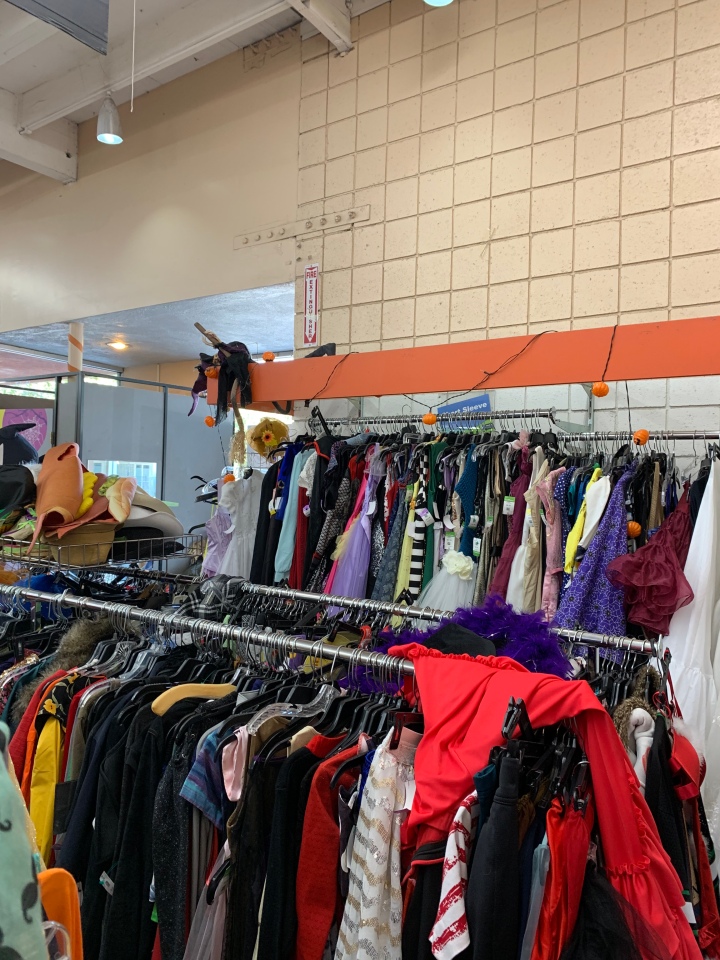 In the spirit of Goodwill’s motto of reduce/reuse/recycle, shoppers are advised that once they find and use their perfect Halloween outfit, to remember to donate it back to Goodwill for the next costume seeker.