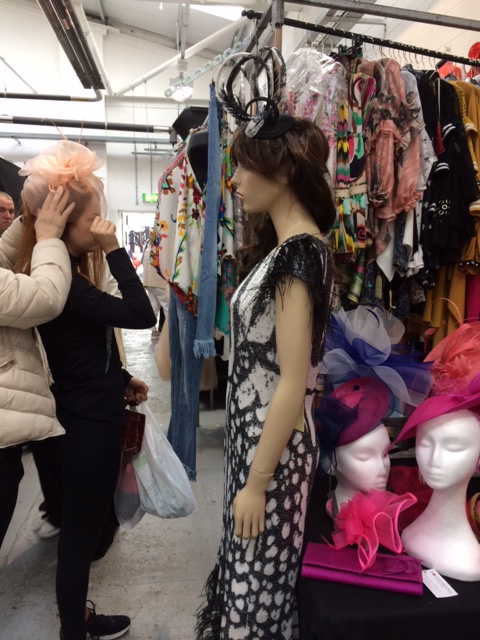 In Liverpool, we took a broader definition of thrift and had an eye-opening trip to Greatie. That’s the name locals give to the Great Homer Street Market, a so-called “wholesale” clothing market that sells direct to the public on Saturdays from about 100 indoor and outdoor stalls. 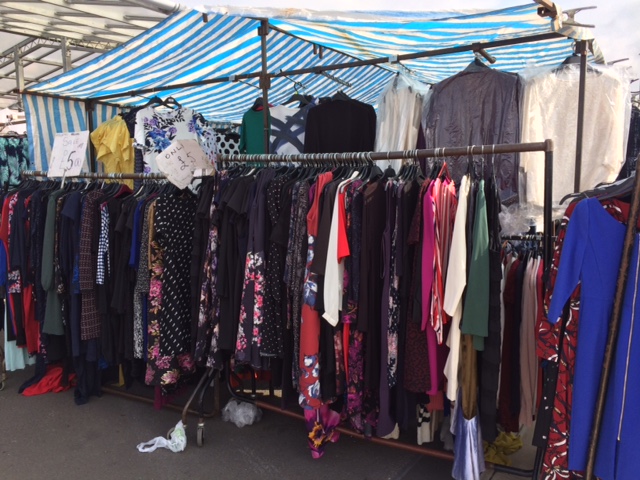 There’s a lot more here than clothes. From duvets to dog beds, this market has it. We even watched a woman, seated in one of two barber chairs in a stall, getting her upper lip threaded in public for a bargain 3 pounds ($4).

As one fan enthused, “Absolutely fab market place. Loved by all Scousers.”

Scouser is the slang term for a resident of Liverpool, taken from the Norwegian biscuit casserole that sailors were traditionally served in the city’s heyday of mercantile shipping. 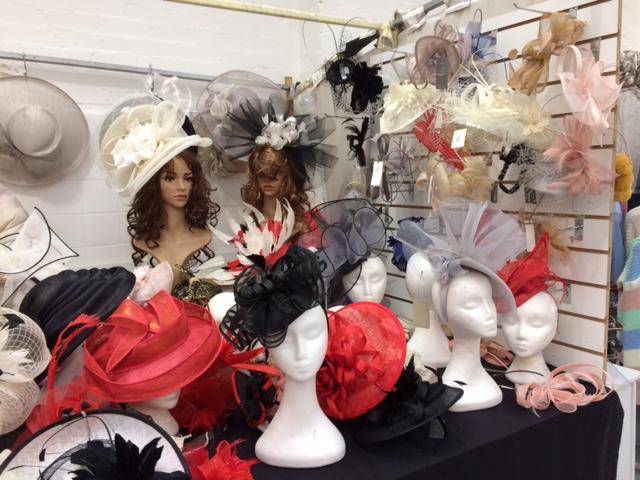 Most of the clothing is bargain-priced and new, but there are two stalls of vintage clothing – mostly club attire– in the cluster. There’s an abundance of darling baby clothes and shoes (smocked dresses especially), sparkly long dresses, hat shops, but also practical stalls selling flannel-lined cargo pants, windbreakers and decent quality knee-highs at 6 pair for 2 pounds ($2.60). 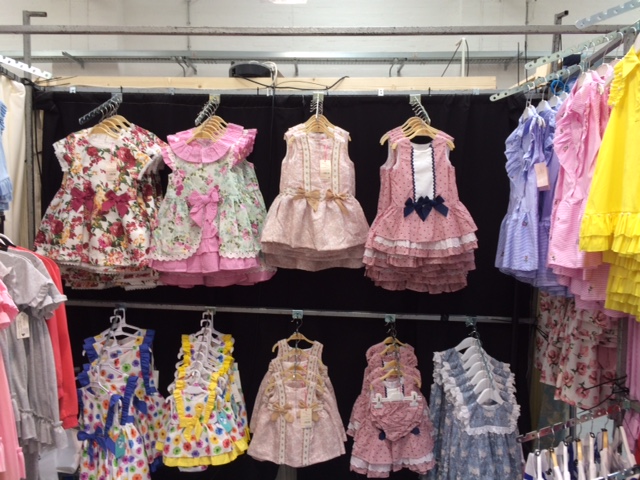 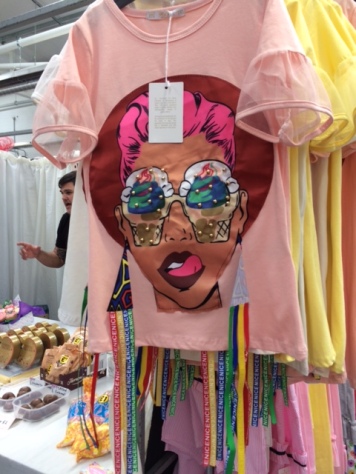 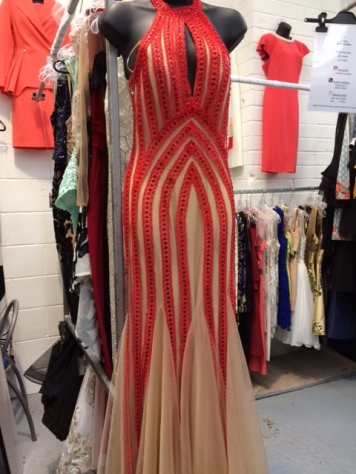 We saw good brands for much lower prices than Liverpool’s great department stores. (Yes, these grand stores still exist—and several have tearooms.) At Greatie, brands like Marks & Spencer and men’s Charles Tyewhit shirts coexist with thinly constructed hoodies selling for 3 pounds ($4). We were tempted to get British newsboy caps (“flat caps”) in attractive black/grey plaids as souvenirs. They also sold for 3 pounds. 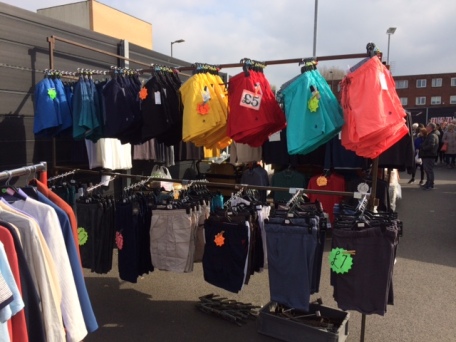 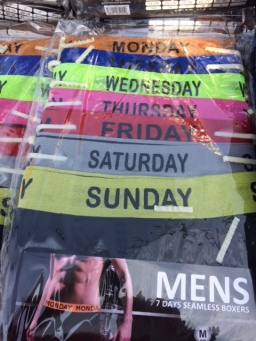 The market is just three bus stops from the center city. There’s an inside café and a few outdoor stalls selling flowers, housewares and  greeting cards (separate sections for “aunties,” “nans” and “mums”). 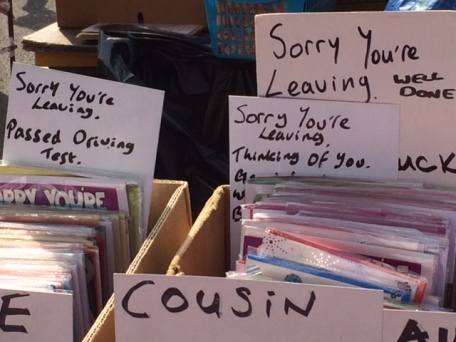 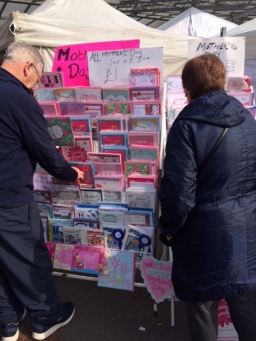 There’s also a butcher in a trailer, hawking his great “freezer fillers” with a headset microphone. A nearby bakery stall had several local items tourists would want to try, like corned beef hash pie, a Sally Lunn sweet fruit roll and a Victoria sandwich (of sponge cake, jam and cream), all for just a little more than one pound. 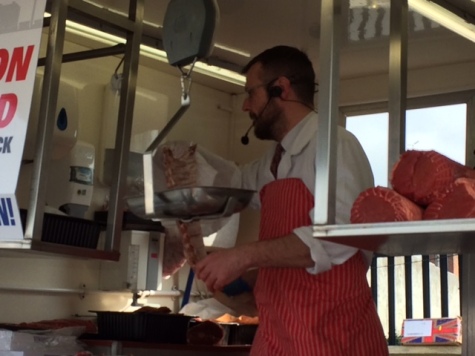 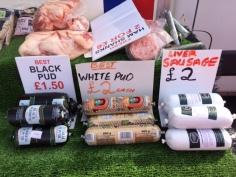 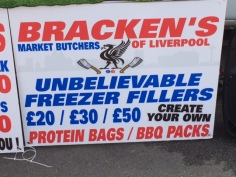 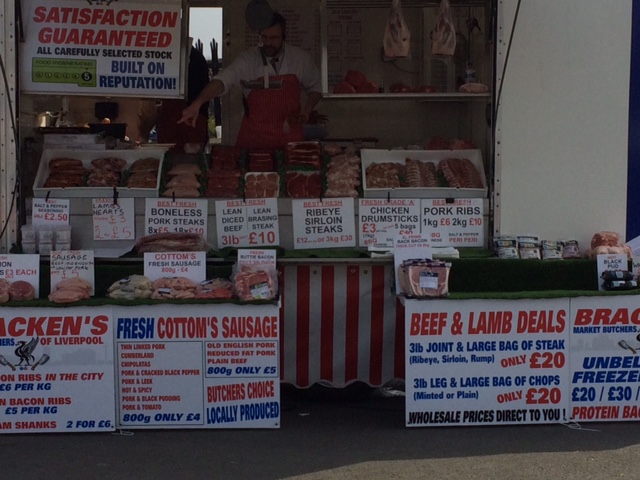 Greatie is thrift in all its glory, from clothes to shoes to food. 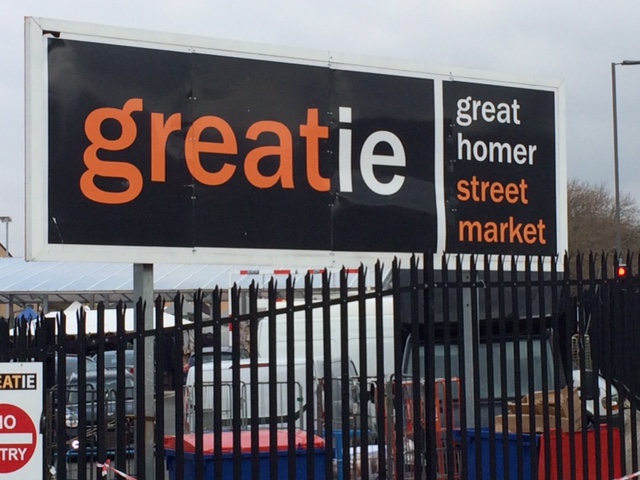