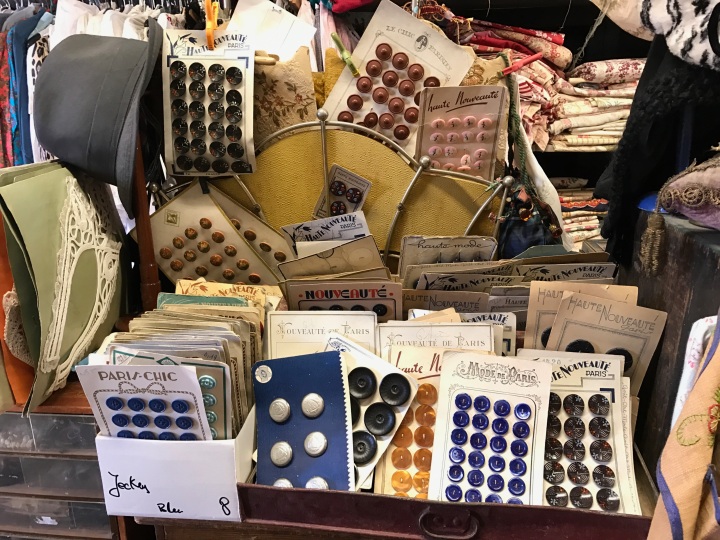 In honor of Bastille Day, we salute thrift shopping in Paris. The city is best known for its flea markets, where vintage and secondhand clothing, shoes, handbags, trims and buttons abound. The three photos here were taken by Allison’s daughter Nora a few weeks ago on a flea market visit there.

But there are brick and mortar thrift shops in Paris to attract you as well. 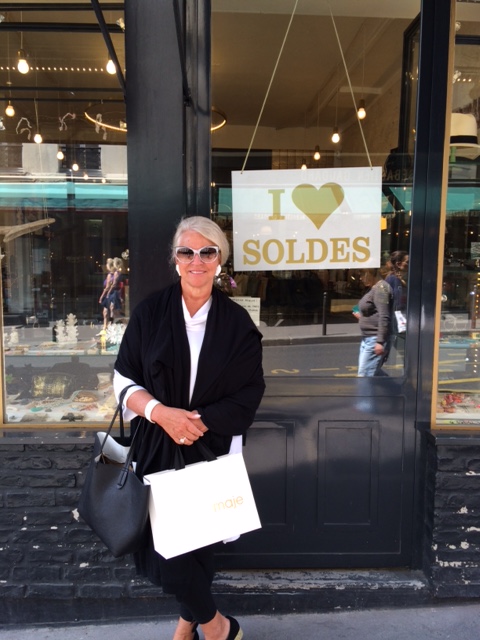 Peggy and her good friend Cindy recently spent a summer afternoon walking the charming Rue des Martyrs, lured there by Elaine Sciolino’s 2015 book written about this charming street: The Only Street in Paris: Life on the Rue des Martyrs.

Elaine is the former bureau chief of The New York Times and lives not far from this street. It is named for Saint Denis, the murdered first bishop of Paris, and runs from the 9th to 18th arrondissements.

From greengrocers selling those tiny sweet strawberries you only find in France to boutiques, cheese mongers, olive oil and jam shops, crepe restaurants, a 100-year-old transvestite cabaret, bookshops, zinc counter bars and patisseries, this village-style street is a delight to explore.

At the top of the street, at 100 Rue des Martyrs, is a second-hand clothing store, Chinemachine.  Not far away is L’Objet qui Parle, at 86 Rue des Martyrs, which focuses on vintage home accessories and furnishings. 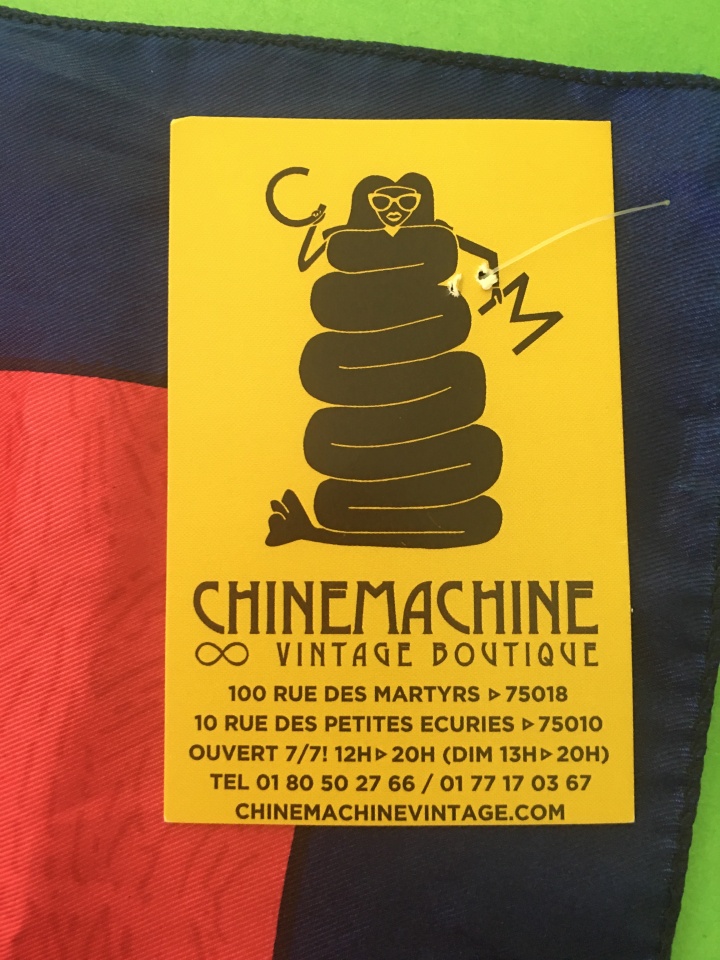 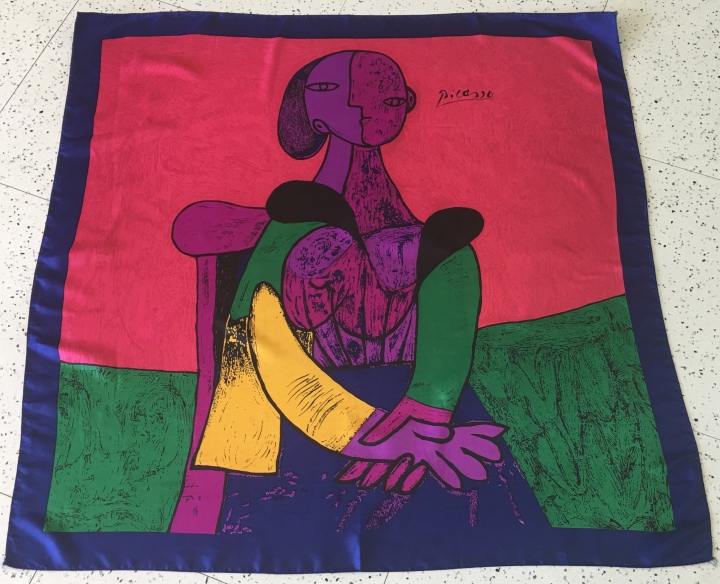 a delicate statement necklace for $4 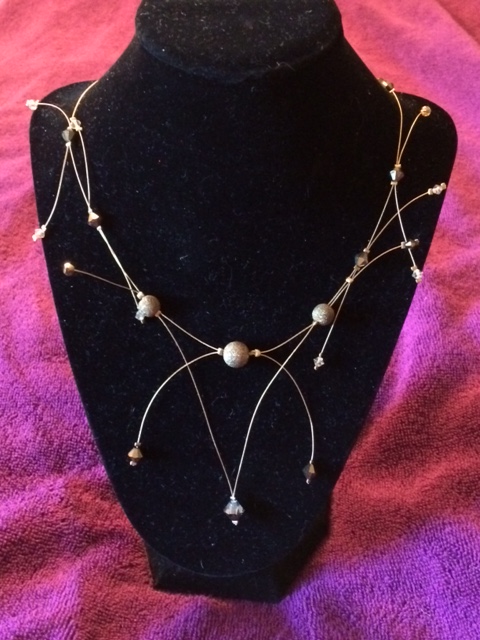 and an $8 pair of Alain Mikli blue-framed eyeglasses ($400 new), which we had filled with our own prescription lenses once back in the U.S.

Chinemachine has a second store at 10 Rue des Petites and both are filled with one-of-a-kind treasures at low prices. July is one of the two month-long “sales seasons” in France, the other occurring after Christmas. Generally, you will not find much on sale except those two months, as sales are state-regulated in France.

Visit France in July and save twice at its thrift stores! 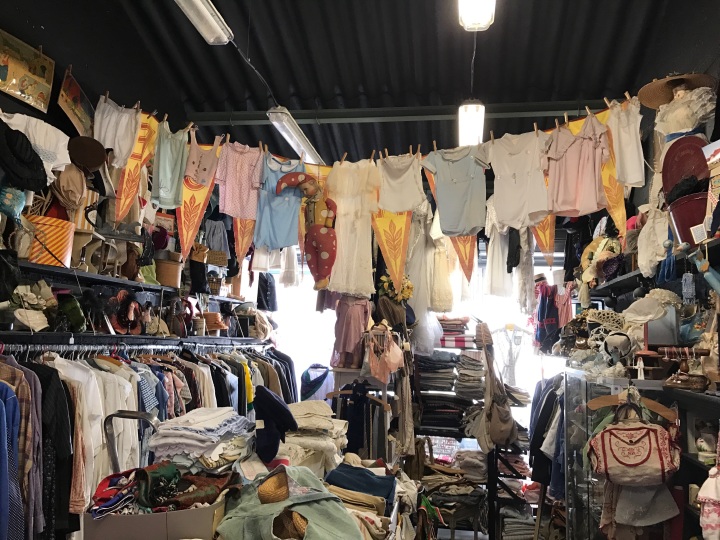